Ep 76: Chevy Chase and the Steely Dans, and My Freaking Ex-Wife w/ Bunkerboy 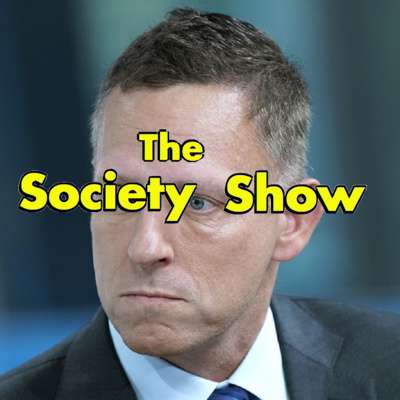 The Society Show with Christian Patterson
Ep 76: Chevy Chase and the Steely Dans, and My Freaking Ex-Wife w/ Bunkerboy

News and chat about society, with a soundboard and propaganda mixed in. On this episode, I was completely solo! This is Season 5, at the show’s brand new venue: the beautiful Lorena Bobbitt Theatre. It’s the HD era! Some of the things covered include:

– On Earth-2, The Society Show features a wide array of interesting guests, including Chevy Chase and the Steely Dans

– COP26, Kyle Rittenhouse, scorpions in Egypt, and my FREAKING EX-WIFE!

– An interview with the Bunker Boy, the man who got married in a bunker that his parents built after the US invasion of Grenada

– Peter Thiel’s interest in Rene Girard, and his theory of mimetic desire

– Peter Thiel’s book The Diversity Myth, with David Sacks, who is also denounced by the Society Show

– Thiel’s ambition to use digital money to destabilize nation-states, and what he wants to replace it

– Thiel’s rejection of the Enlightenment, and the political implications of that

– Following Astroworld, I look into other stampedes

All of that, and much much more, this is the Society Show!